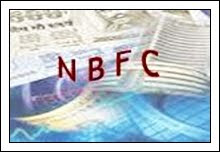 Reserve Bank of India (RBI) has recently announced setting up of a working group to examine issues pertaining to regulation, governance and supervision of Non-Banking Finance Companies (NBFC) operating in India. The working group would be providing its recommendation in this regard.

While the recommendations of the working group are pending, an important development has taken place. Till now it was assumed that only Parliament of India has the power to legislate regarding NBFCs in India. However, this notion has been completely changed by the recent judgment of Supreme Court of India (SCI).

In both cases, the State Governments passed legislations to protect depositors from fraudulent companies and schemes. The SCI held that Bombay High Court was wrong and Madras High Court’s view was the correct one.

A Bench consisting of Justice Markandey Katju and Justice Gyan Sudha Misra upheld the “constitutional validity” of such State laws and termed such laws as salutary measures which were long overdue to deal with scamsters.

The Bench held that if in “pith and substance” a law falls under the legislative powers of a State Government, it is valid and constitutional. The Bench further held that the objectives of such State laws must also be kept in mind as a sharp and distinct lines of demarcation are not always possible and it is often impossible to prevent a certain amount of overlapping.

The bench also observed that the Reserve Bank of India Act and the Banking Regulation Act, 1949 do not cover the field of operation of the non-banking financial companies. The Companies Act also does not directly deal with the problem posed by large-scale cheating of middle class depositors who are lured by promises of high interest rates.

Therefore, the laws to protect small depositors, by attachment of the property of the companies and other steps, was a salutary step and could not be set aside as unconstitutional, the judgment said. This judgment would go a long way in bringing suitable reforms in the NBFC sector of India.
Posted by Techno Legal News at 10:29